Talk to a wildfire Attorney

Our mission is to assist the survivors of the 2020 Oregon Wildfires, (Holiday Farm and Beachie Creek Fires) rebuild their communities. We are here to assist with all parts of the wildfire recovery process, whether it’s filling out governmental aid forms, working with your insurance company, or filing a legal action, we are here for you.


If you have any questions about the recovery process, please call us for a free phone or in-person consultation.

Hundreds of millions of dollars recovered for our clients.

The Oregon Powerline Lawyers have a team of top-notch experienced wildfire attorneys and support staff with the extensive experience needed to investigate, present, and litigate your case. We are dedicated to helping the residents of Oregon communities rebuild. Let us do all of the paperwork so you can focus on what’s important: rebuilding.

This thank you note is long overdue for the superb job you and did in representing me during the last fire storm in Reno.  As a fire litigator you were professional in every way, starting with the gathering of facts, being there for my countless questions and ending with a total victory.  Fire damage claims require exceptional representation because of the extraordinary emotional issues that arise and the two of you handled that area with a confident professionalism that took the sting out of the process.  I felt blessed to have had you on my side.  Thank you for doing such a great job.

Aside from a death in the family, I don't think I will ever again experience the emotional and tangible loss when my home and the possessions of a lifetime were consumed by flames in Reno's 2011 Coughlin fire. I was not capable of making the simplest of decisions, much less fighting for restitution from the utility company responsible for the fire. Without the excellent help of fire-experienced litigator Geoff Spreter & his co-counsel, I would not be living in a comfortable home in a neighborhood I love today. I am forever grateful for their top-notch legal skills.

Working with Geoff on issues regarding a wildfire that took everything we owned, even our precious feline family. It was a long, arduous, process, but in the end, we won (at a small percentage), but was a win, nonetheless. We still keep in touch and I can honestly call him a dear, thoughtful friend. I would recommend anyone that needs him to call him first, as he probably knows how to get started.

How Did The Holiday Fire and Santiam Fire Start?

The fire started on September 7, 2020, around 8:15 pm, near the community of Blue River. According to an eyewitness, he heard a loud explosion, and saw “a shower of blue sparks from an electric line near milepost 47 on Oregon 126.” State investigators have confirmed that the area near the power pole described by the eyewitness is likely the origin of the fire. Lane Electric is believed to be the utility that operates the lines in conjunction with the Bonneville Power Administration, which maintains the powerlines. It is estimated the fire has destroyed over 768 structures and burned over 174,405 acres.

The Santiam Fire affected Marion, Jefferson, Linn, and Clackamas Counties. The fire started as three separate fires. The Beachie Creek, Lionshead, and P-515 fires were ignited by lightning on August 16, 2020. On September 7, powerful east winds, reaching speeds over 50 miles per hour, caused the lines to explode in size as they raced westward. The winds also blew down power lines around Santiam Canyon, sparking 13 spot fires between Detroit and Mehama, which quickly grew into a large blaze that merged with the Beachie Creek Fire within hours. The Santiam Fire has destroyed many structures, including the city of Detroit, becoming one of the most destructive wildfires in the recorded history of Oregon. In total, it is estimated the fire has destroyed over 1,500 structures, and claimed over 5 lives. Since substantial evidence points to the utility improperly maintaining powerlines as the source of the fires, the Oregon Public Utilities Commission had ordered them to preserve evidence relating to the fires’ cause. The OPUC, as well as numerous firefighting related agencies are actively investigating the cause of the fires, and will release an official report, pending the completion of their investigation. Various parties, including insurance companies, law firms, and other state/governmental agencies, are also independently investigating the fires.

What If I Have Insurance?

We encourage you to work with your insurance carrier to obtain the maximum compensation you are entitled to under your policy; our website provides resources to assist you with this process. We will also work with you and assist in filing insurance claims and forms, including the preparation of personal-property lists, and other itemized losses. Unfortunately, most insurance policies won’t fully compensate you for your damages. If losses exceed your policy’s maximum benefit limit (almost certainly the case), you will be out-of-pocket for the difference. Insurers commonly fail their policy holders: providing only a fixed amount to rebuild your residence, and amounts for personal property that are greatly depreciated or don’t cover certain categories, and with a certain percentage, usually less than 100%, available for landscaping, such as a payment per tree or shrub, which is well below their actual replacement cost. Insurance also will not cover: pain and suffering, time spent away from loved ones, personal injuries caused by the fire, such as smoke inhalation, and the emotional distress and inconvenience associated with the evacuation and rebuild process. So save your receipts, and work with your carrier. However, remember an insurance company’s interests are adverse to yours, and you will absolutely need an experienced wildfire attorney on your side, to assist you in recovering everything you’re owed.

What Types of Damages Can I recover?

Under the law, recoverable wildfire damages may include, but are not limited to: replacement costs for real and personal property, trees, landscaping, erosion remediation, alternative living expenses while displaced, lost income and business profits, personal injury, annoyance, discomfort, and inconvenience, the value of cherished possessions and family heirlooms. We evaluate each of your cases individually - with the intention of holding the utility liable to the full extent of the law, so that you obtain maximum recovery.

Why Do I Need a Fire Lawyer?

Our experienced fire attorneys bring experience to your case - knowledge gained through the representation of hundreds of fire survivors like you. Our attorneys work with you on your case from start to finish: requesting insurance documents, analyzing your insurance payouts, and assisting with submission of documentation to your carrier. Our team of experts will fully price-out the rebuild of your property, including your home and landscaping. We will find every possible means of recovery available to you, so you get the full compensation you’re entitled to under law. After the insurance process, we are your fiercest advocates in the litigation against the utility (and other liable parties). We request documents on your behalf, prepare legal documents, depose key witnesses and parties, and ensure your maximum compensation. These are things that can’t be done on one’s own; only an experienced wildfire attorney can provide these services to you. You will be inundated by marketing materials from other lawyers. The first question you must ask a prospective attorney is: how many wildfire cases have you personally settled? If they haven’t personally settled a wildfire case, your case could be a learning experience for them. We’ve been through this process hundreds of times. We have nothing left to learn; we put our experience to work for you, right away – without trial and error.

How Much Does a Fire Advocate Attorney Cost?

We prosecute all fire cases on a contingency basis. This means that you pay nothing unless we successfully recover for you. We front all out-of-pocket costs; if we don’t obtain a recovery for you, you do not pay any fees or costs. 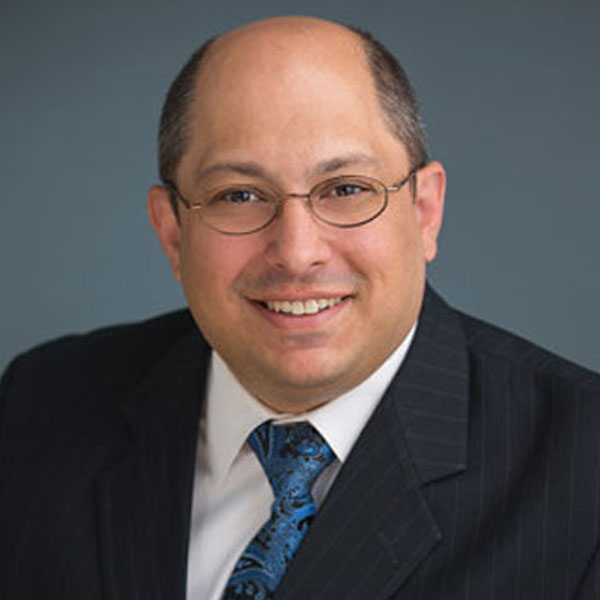 Sia is a partner at Warren Allen. He handles cases in Federal court, has worked on several successful appeals, and has had a number of noteworthy cases appear in the Oregonian and Register Guard newspapers.

Sia prides himself on his ability to carefully prepare and execute strategies for resolving complex legal matters.

He is happily married with three children. In his spare time, he enjoys historical sword fighting (HEMA) and reading (particularly science fiction). 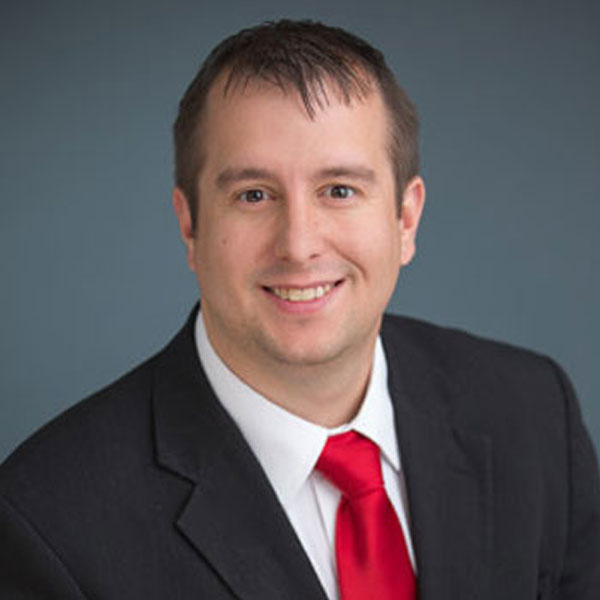 George is a native to the Portland area and specializes in personal injury law. Prior to joining the firm, he practiced law in rural Eastern Oregon gaining a wealth of experience in a variety of legal areas.

George currently lives in southwest Washington with his wife and his four children. In his spare time, he enjoys spending time with his family and playing soccer. 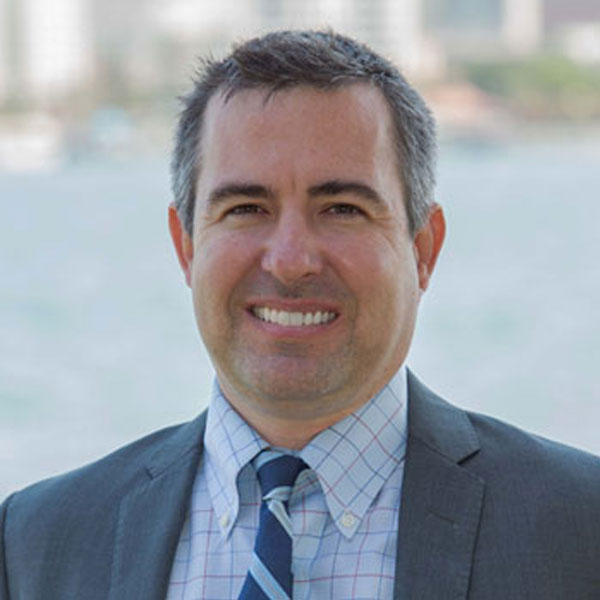 Geoff brings over a 12 years wildfire litigation experience to the team, recovering over $105 million for his clients, and resolving over 500 individual cases.

He began his wildfire career in the 2007 San Diego Wildfire Cases, where he was involved in the resolution of over 300 cases, and the recovery of $55 million dollars.

An expert in wildfire litigation, Geoff is great at explaining complex legal issues to our clients in a way they understand. Some of his past clients from 10 years ago call him up for free legal advice, and he is always willing to help out, as he considers them his friends. 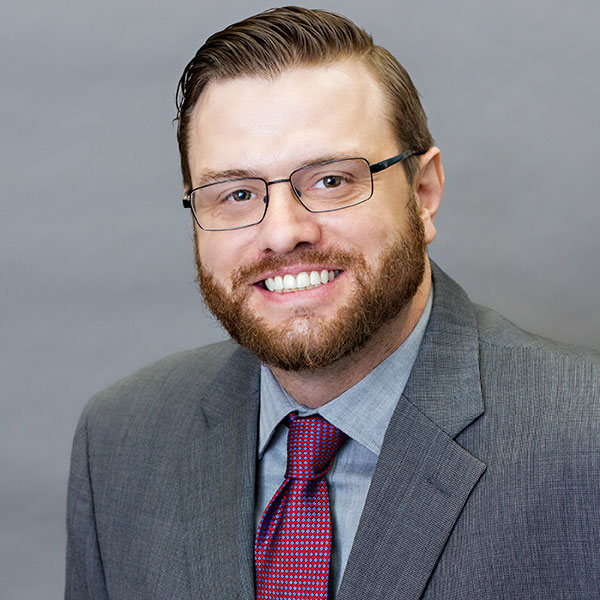 Ben is a co-founder of Spreter & Petiprin, APC – a law firm dedicated to representing wildfire victims against corporations and utilities.

Ben’s background includes working directly with insurance adjustors and managers. This experience helps Ben obtain the maximum amount of compensation for his clients when an insurance policy is involved. Ben has obtained over $45 million for his clients. 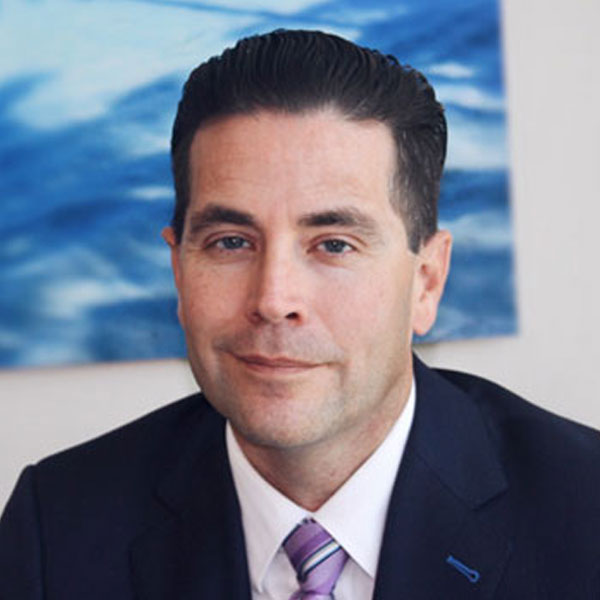 Josh began his practice in 2003 and quickly developed his firm into a national law practice representing thousands of people individually and through class actions. In the past seventeen years Josh has been responsible for recovering over $750 million for consumers all over the country.